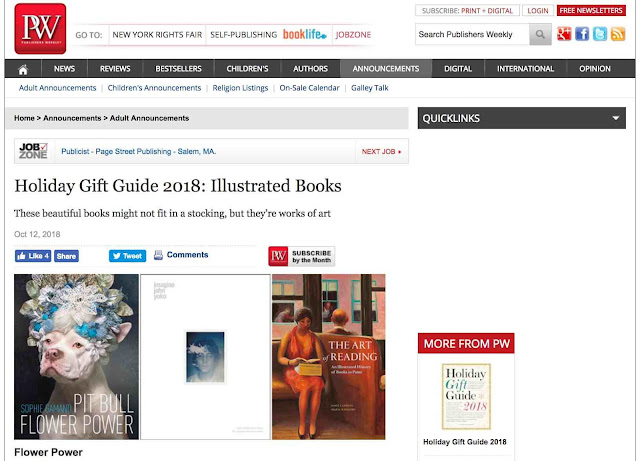 "This is a richly illustrated tour of 40 of the world’s so-called “book towns”: havens of literature and dream places for book lovers. Locales include Urueña in Spain and Fjaerland in Norway, where bookshops have been set up in such buildings as former ferry waiting rooms and banks, and better-known examples in the U.K. such as Hay, Wigtown, and Sedbergh, as well as further-flung locales including Jimbochu in Japan."
More on the list at Publishers Weekly
Labels: Book Towns