Draft cover for Menus That Made History 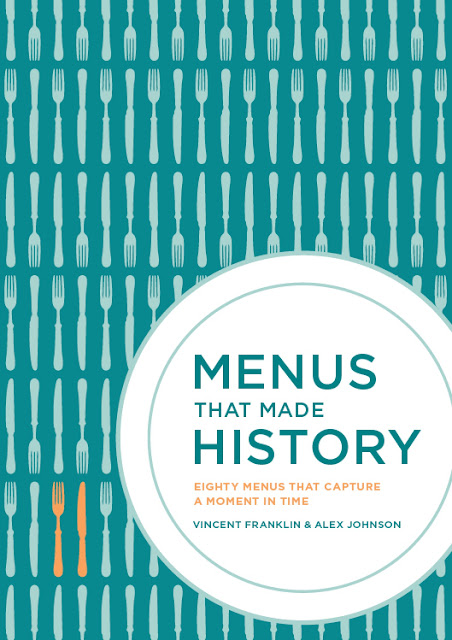 Here's an early version of my new book out in early October with Kyle Books (part of Octopus). It's co-authored with my friend Vincent Franklin (probably best known for his acting work on stage and screen, most recently in The Bodyguard and Peterloo). The flat screen doesn't do justice to how it will appear in your hands as there'll be some nice raised elements and cloth touches. The American version will look very different indeed but I don't think I'm allowed to let that into the wild yet as it's still very much a work in progress.
Labels: Menus That Made History