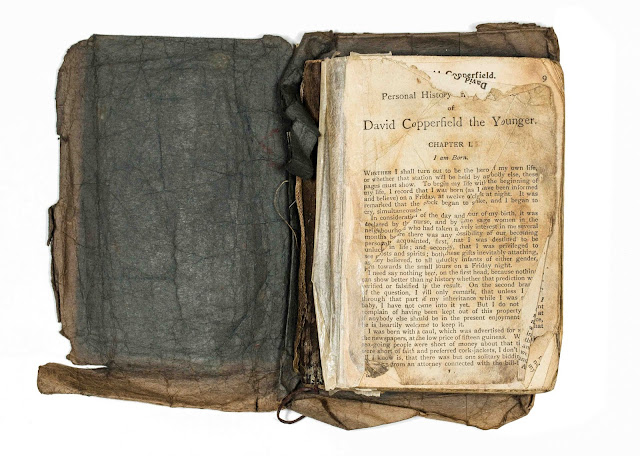 My review of the Global Dickens exhibition at the Charles Dickens Museum in London is up now at the Fine Books site. Here's a snippet:


Star of the show is a 1910 edition of David Copperfield which was part of the impressively stocked library taken by Captain Robert Falcon Scott and his men on the Terra Nova expedition to Antarctica in 1912. Several of the men, trapped in an ice cave for more than half a year, read a chapter of it aloud each night for two months. Among them was geologist Raymond Priestley who said that when they had finished the book, they were “very sorry to part with him.” Considering all that it’s been through, and some blubber-stains apart, this small volume is in remarkably decent condition.