Greetings From The Barricades review in Fine Books 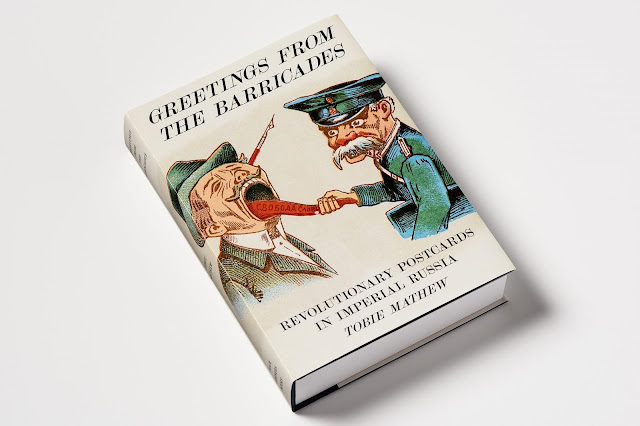 My review/interview of Tobie Mathew's excellent book about revolutionary postcards in Russia, Greetings from the Barricades published by Four Corners Books, is in the latest issue of Fine Books & Collections magazine, out now. Here's the opening:


How do you start a revolution? Today’s rebels concentrate on Facebook posts or Twitter updates. Agitators in Russia at the start of the twentieth century took exactly the same approach with the latest cutting-edge technology to hand, the postcard.

“The Revolution has been studied in considerable depth,” said Tobie Mathew, author of Greetings From The Barricades: Revolutionary Postcards in Imperial Russia, “so it’s gratifying to be able to explore new angles to the subject. Postcards were the social media of the day and as a new form of mass communication they posed the same kind of problems for the government then as it does now.” 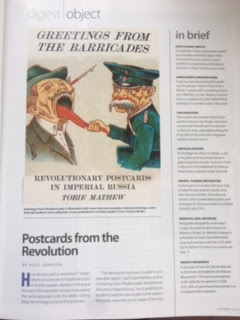