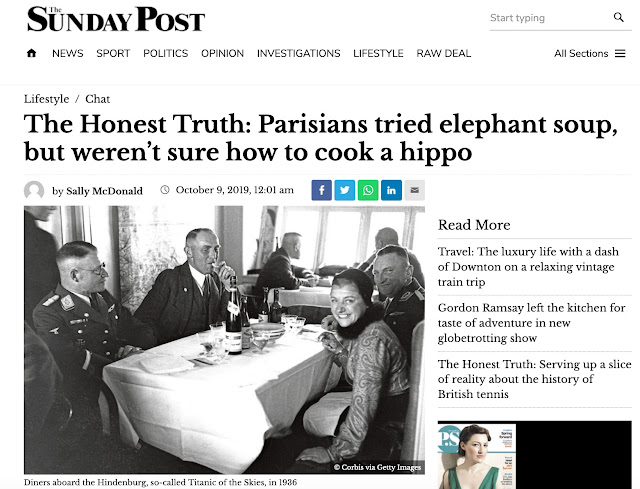 A nice review/interview with me and Vince about the book in the Sunday Post. Here's a snippet:

What was your most surprising discovery?

For Vince it was the Shah of Iran’s celebration of 2,500 years of the Persian Empire, where the feast cost around £200,000 per person. I’d never realised that when the Prussians were besieging Paris in 1870, the people in the city were so hungry they ate the zoo’s animals. We included a menu from a restaurant for Christmas Day that year which featured unusual dishes such as elephant soup. They didn’t eat everything though, partly because nobody really knew how to cook a hippo.