The collectibility of Charles Dickens 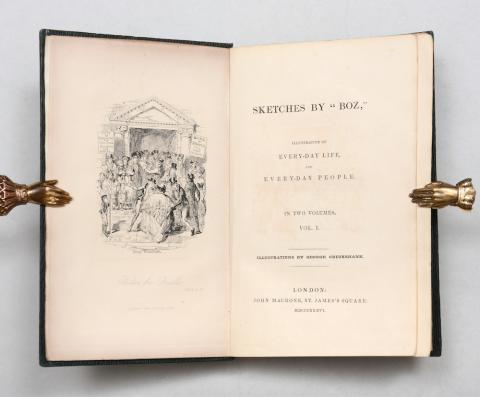 My latest piece for Fine Books & Collections. Here's the start:


Today marks the 150th anniversary of the death of Charles Dickens in 1870 (as well as his brush with death five years previously in a train crash). Sadly, lockdown has meant the cancelation of many commemorative events, though the Dickens Museum has just released the first of a new collection of colorized photographs ahead of a planned major new exhibition focusing on his image.

Hugely popular in his day, Dickens' work remains remarkably collectible in the twenty-first century as does general Dickensiana – a collar for one of his dogs sold at auction for $11,590 in 2010 and the mahogany writing table at which he was working on The Mystery of Edwin Drood at his death is currently being auctioned online by Christie’s, estimated at $12,000-18,000.